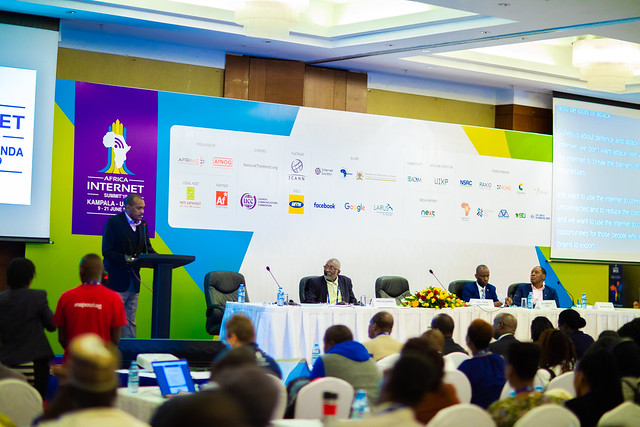 The AIS'19 had various trainings sessions on 9-17 June. The trainings, conducted by teams from AfNOG and AFRINIC, offered a range of courses, workshops, tutorials and panel discussions in English and French on topics including cybersecurity, infrastructure, internet measurements monitoring, routing, CSIRT, IPv6, and Internet number resource management among others. Over 400 people benefited from the trainings. An overview of all of the training sessions can be found on the agenda. 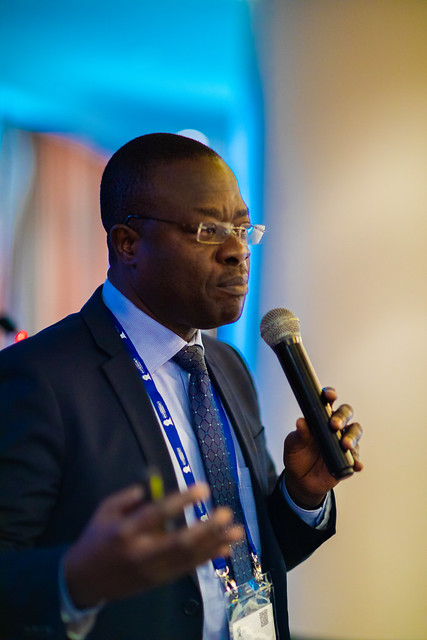 This was the fifth annual ICANN Day in a row. The day was set aside to discuss ICANN's role in the Internet governance ecosystem and its engagement in Africa. The day offered presentations, keynotes and panel discussions whose main aim was to address global and regional DNS issues such as:

Nick Tomasso, ICANN's Managing Director of the Istanbul office, presented on various services offered in the Middle East and the Africa region. Participants were later hosted to an ICANN welcome cocktail.

The AIS'19 Women in ICT Forum was held on 15 June 2019 at the Kampala Sheraton Hotel to share knowledge, best practices and success stories. Known as AFCHIX, the one day Women in Technology Summit, was organised by AfNOG and AFRINIC . The Summit was sponsored by, among others, SEACOM, ICAAN, MOZILLA, Anita Borg and ISOC. This Summit was the third of its kind following previous ones held in Nairobi, Kenya, and Dakar, Senegal, in 2017 and 2018 respectively. More than 120 women participated in the meeting.

The third Hackathon@AIS meeting also took place during the AIS. The event attracted more than 100 participants who took part in five different tracks at the event. The event has grown from three tracks and 39 participants in 2017 and three tracks with 75 participants in 2018. The aim of the Hackathon@AIS and other open standards promotion activities in the African region was to identify, encourage, and expose engineers from Africa to open Internet Standards development and contribute to the developments at such organisations as the Internet Engineering Task Force (IETF). 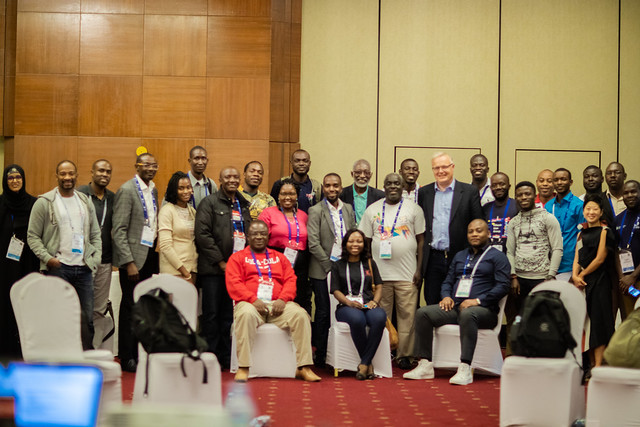 Participants at the GFCE Workshop

Triple-I (the Internet Infrastructure Initiative) is a GFCE Initiative aimed at enhancing trust in Internet and email through open internet security standards and sharing good practices at the global level. Triple-I organises capacity building workshops in different regions with the support of the GFCE community, as well as from members of the global “technical community”. The Initiative seeks to stimulate local action by facilitating awareness-creation and capacity building in the region, and thus setting local priorities. The meeting drew participation from governments, the technical community, Internet service providers, business and academia to explore opportunities and commit to action.

On 16 June, the African Internet Summit hosted the GFCE Triple-I Internet Infrastructure Security Day for the second year in a row. This workshop was supported by AFRINIC, AfricaCERT, AFNOG, WACREN, ICANN, Internet Society, and the Dutch Ministry of Economic Affairs and Climate. The workshop aims at enhancing trust in the use of Internet and email in the region. Participants in this workshop included global and regional experts, and regional Internet stakeholder groups from the government, business and technical sectors, who all contributed to finding solutions to strengthen an open end-to-end Internet. This is the fifth of a series of workshops organised globally, after Dakar, Senegal (also hosted by the African Internet Summit), Almaty, Kazachstan (hosted by RIPE NCC), New Delhi, India (hosted by INSIG and the Indian Ministry of Electronics and IT), and Daejeon, South Korea (hosted by APRICOT).

The results and outcomes will all be shared on the Triple-I event website, including a livestream of the event provided by Internet Society. 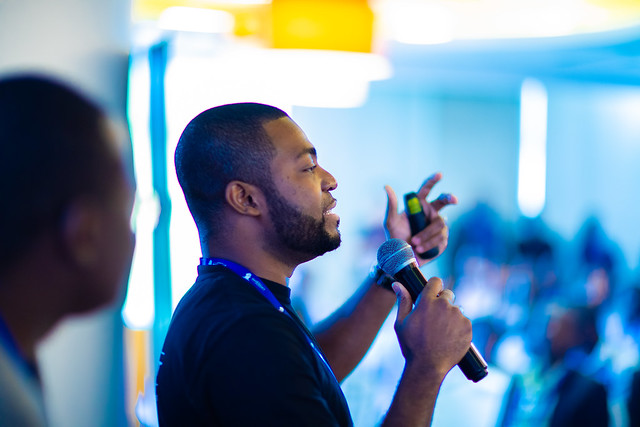 Brice Abba from AFRINIC speaking at the Newcomer's Session

On 17 June, first time meeting attendees were given a comprehensive introduction to the AIS'19, the AFRINIC Meetings and the AFRINIC community. Discussions centred on the various organisations and stakeholders that make up the African  – and global  – Internet sector, what AFRINIC is and does, the AFRINIC community and the bottom-up policy development process.

Government representatives and regulators from Africa met for the AFRINIC Government Working Group (AfGWG) Meeting on 17 June to discuss issues relating to government involvement in Internet development and use. Topics included cybersecurity, Internet Measurements, policies among others. 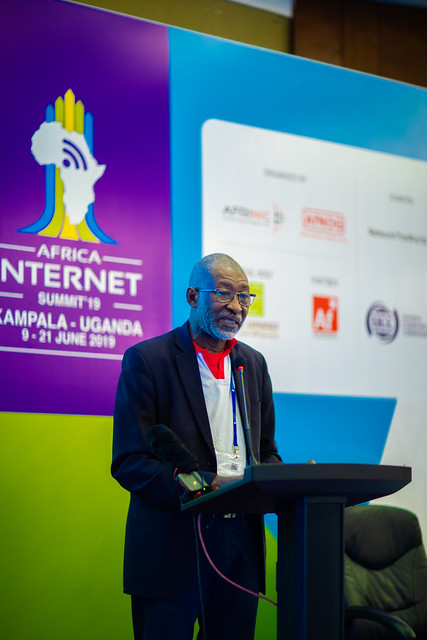 Prof. Nii Quaynor, the AFNOG Convener, speaking at the Summit

On 18 June, the meeting started with the African Network Operators' Group (AfNOG) session. Several presentations on issues such as IPv6, Internet Measurements, Peering, Internet governance and Internet of Things were made. The session also included messages from several Internet pioneers to celebrate 20 years of AfNOG.

Some of the presentations made were:

What is IoT - Uli Raich

Presentations can be downloaded from the info section here. 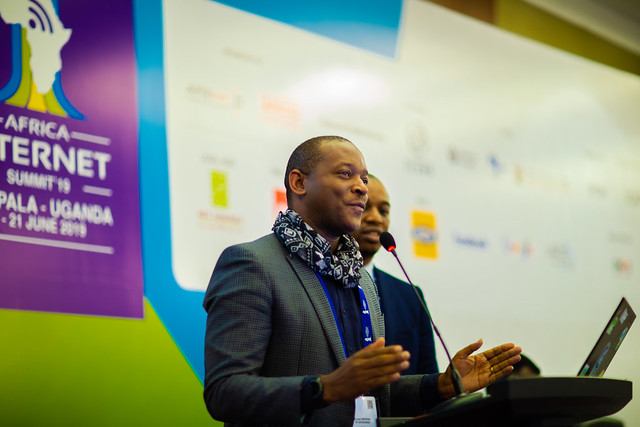 Policy Day took place on 19 June. With a packed session and several policy proposals to discuss, the session began with policy overviews from each of the other four RIRs. The day continued with discussions on the following current policy proposals:

This proposal modifies the CPM by inserting a clause in 7.2, stating that organisations needing a globally unique ASN must demonstrate a unique routing policy or a plan to interconnect with one or more other Autonomous Systems. If the organisation demonstrates that it will meet any of these requirements criteria within six months upon receiving the ASN, then it will be eligible.

The proposal was sent back to the list for further discussion.

The first policy proposal - IPv4 Inter-RIR Legacy Resource Transfers allows AFRINIC to receive any kind of IPv4 resources, but be able to transfer only to other regions, those IPv4 resources which are strictly legacy. The second policy proposal - IPv4 Inter-RIR Resource Transfers (Comprehensive Scope) allows for bi-directional transfer any kind of IPv4 resources. The two proposals address concerns by some people that all IPv4 resources in the region will disappear if the door for transfers is open. Such concerns are addressed by the first proposal so that only legacy space can exit the continent. The author noted that whichever proposal is accepted will automatically get the other proposal abandoned.

There was no consensus. These two proposals need additional discussion, therefore return to the discussion stage on the mailing list.

The proposal advances to Last Call.

The proposal advances to Last Call.

Election for PDWG co-chairs to replace both Sami Salih and Dewole Ajao were held. The session was led by Serge-Parfait Goma, the chairperson of the 2019 Nominations Committee, who told delegates that there were eight nominees for the two positions. The nominees presented were:

After candidates spoke to the delegates, the elections committee conducted a voting exercise where participants were asked to select their two preferred candidates. The candidate with the highest number of votes got the two-year term, and the runner-up a one-year term.

The following were declared winners:

The chair of the nominations committee presented the following candidates:

The candidates were seeking to replace Omo Oaiya whose term expires at the end of 2019. Mike Silber of South Africa was elected for a three-year term, from January 2020 to December 2022.

Dewole told delegates that the open MIC sessions is meant to allow for comments deferred during the day, as well as others from the remote participants and those that could have been raised via mailing lists. Some of the issues raised are captured below:

Presentations can be downloaded from the info section here.

The minutes of the Meeting are available here. 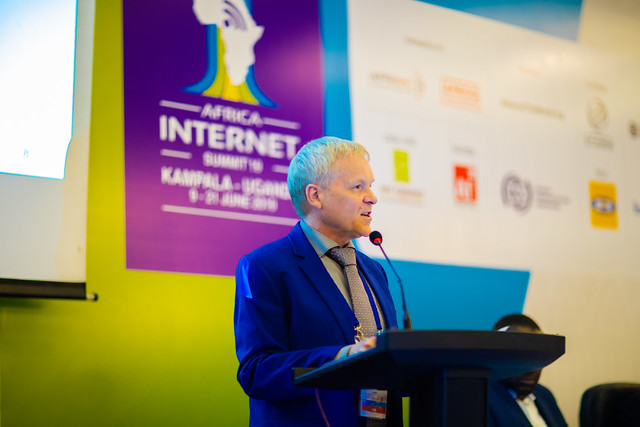 During the 20 June 2019  AFRINIC AGMM, elections were held for five Board seats and one Governance Committee seat.

Alan Barrett, AFRINIC's CEO, provided the AFRINIC Activities Update. This was followed by presentations on AFRINIC's finances and budget for 2018. Highlights included:

The AFRINIC Board also presented Board activity updates and other financial updates.

Detailed minutes and the recording of the meeting will be available on AGMM section of the AFRINIC website shortly.

The Day also saw presentations by AFRINIC staff on the services on offer at AFRINIC.

Open Mic Session with the Community

Dawit Bekele and Michuki Mwangi from the Internet Society led with the community in examining issues relating to AFRINIC governance.

Session recordings for the day here.

Session transcript for the day here.

The AFRINIC-30 plenary sessions closed on 21 June, with updates from the APNIC, RIPE NCC, followed by those from IANA and ASO. 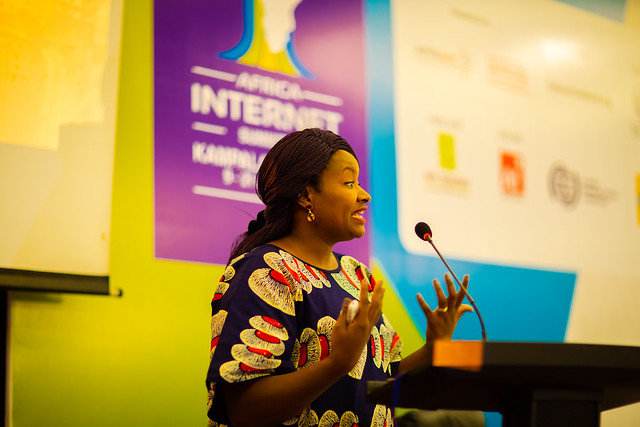 Mercy Ndegwa from Facebook made a presentation, titled 'Delivering Value through Data - An African Perspective'. This was followed by presentations on AFRINIC's Fees review by Mr S. Moonesamy, an AFRINIC Board member, and a report on the Governance committee by Mr Abdalah Omari.

Find links to all presentations can be found here. 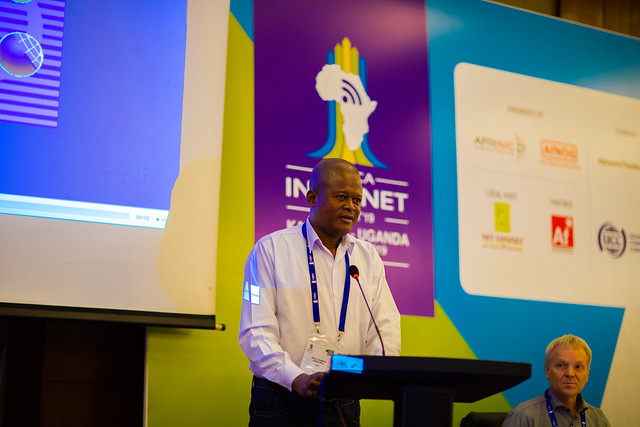 Nico Tshintu Bakajika making a presentation on Kinshasa, DRC, the next AIS venue

The meeting announced that the next AIS meeting will be held in Kinshasa, DRC, in 2020. This was followed by the announcement of the AIS survey winner. Four hundred (400) people filled the survey. 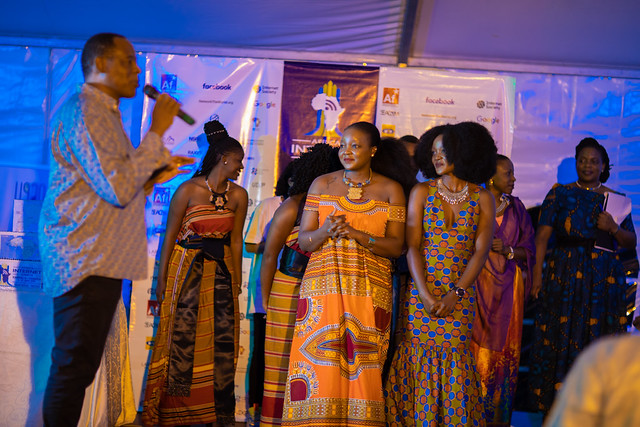 Mr Badru Ntege from NFT Consult, the host of AIS''19,  speaking at the dinner

The AIS'19/AFRINIC-30 Gala Dinner took place on 19 June. Over 300 people attended the dinner which showcased the rich local culture, music, food, and dancing.

A cake was offered to celebrate AfNOG's 20th anniversary.